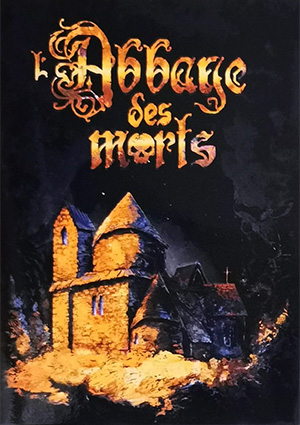 I just finished L’Abbaye Des Morts, a game made by Locomalito and Gryzor87, ported to the NES by Parisoft Games.

In the 13th century, the Cathars, who preach about good Christian beliefs, were expelled by the Catholic Church out of the Languedoc region in France.

One of them, called Jean Raymond, found an old church in which to hide, not knowing that beneath its ruins lay buried an ancient evil.

Now fate will test his faith.

In this game, you have no weapon, you only jump your way out of enemies and obstacles. I guess it is a metaphor for the believer, who must rely on his faith and stay humble. The graphics are nice and varied. The music is also well done, sometime stressful, sometimes more ambient. There is something beautiful, even poetic, about the game.

It is difficult though, it took me a lot of practice and restarts from the beginning! But in the end, I finished the game without losing a life, and it is a rewarding experience.

The game was originally developed for older systems, like C64 and ColecoVision and it shows. It’s a bit short, and there is no saving. A bigger game would have had to offer a saving option, and probably a map too. But I enjoyed that retro feel. I played a lot of Coleco Vision when I was a kid so I think it contributed to my appreciation of the game.

Each time I played, I took the time to go to the top of the bell tower, to the “A Prayer of Hope” screen, just to enjoy the poetic imagery.

It is a charming and unique game. A must for any NES enthusiast.